Designing the WE – a conversation with Braden Crooks

Eager to know more about collaborative processes that reinvent how urban issues are addressed, I met Braden Crooks for a pleasant chat at the Chelsea Pier in New York City.

Braden is the co-founding partner of designing the WE, a two year-old for-benefit corporation positioned within the design and social innovation sectors.
He is a former student of the Master of Science in Design and Urban Ecologies of Parsons School of Design which adopts an alternative pedagogy by thinking of the city as a series of ecologies – social, political and economic. Students of this program are expected to explore the complex forces that influence urban development and to address issues of modern urbanization (housing, social justice, segregation, food deserts, etc) by designing processes with -and not for- the communities most affected. 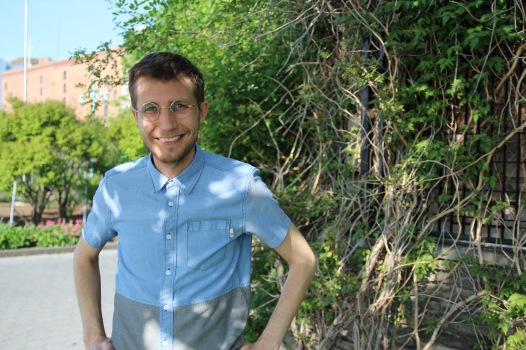 Braden Crooks – Co-founding partner of designing the WE

To illustrate how designing the WE develops projects and programs that are more responsive to the community’s needs, Braden brought up the visioning process they conducted for the Capital Urban Farm (Trenton, New Jersey).

Their mission was to define the future uses of a two-acre lot next to the Trenton Area Soup Kitchen (TASK). TASK’s highest priority is to feed the hungry in the Trenton area, but they considered the vacant lot not only as a potential productive space but also as « a community-driven place where programs and projects that residents want to see happen will take place ». They wanted to offer something positive to the neighborhood. 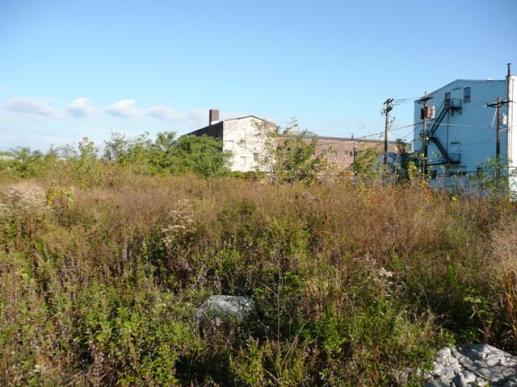 The lot before the transformation (Photo credit Capital City Farm)

To achieve that, designing the WE first mapped the area thanks to historical and demographic data. Those data provided them a « snapshot description of different types of people living in the place».
« 50% speaks a language other than English, Almost half earn less than $15,000, etc. »

To look deeper into the lives of people living around the Capital City Farm, they walked in the neighborhood, talked to people, conducted 150 street surveys and interacted with more than 200 residents throughout Fall 2015. This on-the-ground exploration of the neighborhood, also called phase of discovery, allowed them to initiate a relationship and a collection of neighborhoods’ needs and wishes.

They then led community meetings to allow community leadership and to connect the farm to residents, local community groups and businesses. 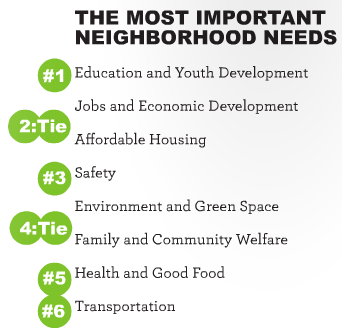 « The goal of the process was not just to deliver a space valuable for the residents but to use this tool to design the neighborhood and connect to it, » Braden explained.

The robust, transparent and inclusive process designing the WE conducted has been positive to everyone and helped them overcome trust and conflict issues with the neighborhood. More details about the process can be found here.

« Unfortunately, a general issue among non-profits and municipalities is that they do something that they think is best for people, but they don’t do it with them and ultimately, it’s not really what they need. » added Braden.

Braden thinks of the processes they are conducting as processes of transformative design. This concept refers to a design practice developed at The School of Design at Carnegie Mellon University: transition design.

Transition design works on the assumption that designers have a key role to play in the transition toward a more sustainable future society. Design should be used as a tool to identify leverage points of intervention to reframe our lifestyles, to redefine food production, energy conservation, financial systems, business models etc.

Braden believes everyone is in the process of discovering their place of value in the eco-system and designing the WE assists and works with people to help them find this place. They create dynamic cooperation and take advantage of the different abilities, expertise and experiences people have.

This echoes the transition design objective which is to « materialize new kinds of values into new kinds of systems that better help people transition toward a preferred future» as Cameron Tonkinwise, the Director of Design Studies at the School of Design at Carnegie Mellon University put it.

Braden prefers to talk about transformation design, mostly because the way to a more sustainable system is far from being linear, with everyone embedded in that struggle.